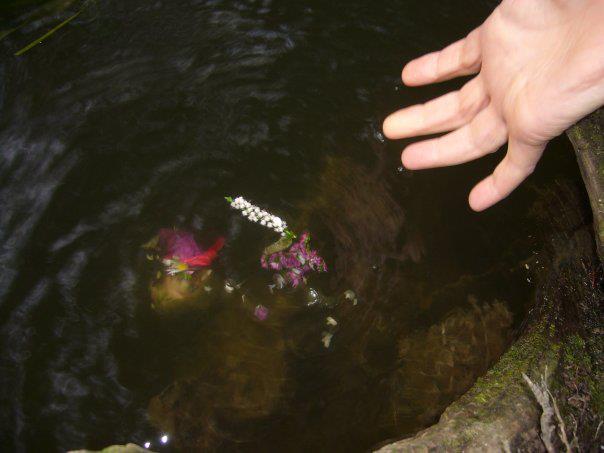 It seems like a strange beginning to talk about letting go, and yet nothing really begins until there is space enough to allow it to grow. Anyone who spends time gardening will tell you that. I often used gardening metaphors in my work as a therapist, talking for instance about how we needed gentle support to grow well, not rigid forcing out of our natural shape. And about how our instinct was always to grow towards the light, to respond to warmth and the right kind of soil, fertile enough to encourage us to spread out our roots. And the weeding…how essential it is to weed out the thoughts that strangle us and push their way forward to block out the light and inhibit our growth… Well, I could go on, but you get the picture. And for me, last year was a strange one of grieving for what was soon to be lost, letting go of my psychotherapy practice, one client at a time. So many goodbyes, and such a wealth of affirmation of the many years I had been wearing that particular hat. It was an identity that fitted me very well, and was an extension of my strong impulse to communicate, to encourage, to empower, to put something positive into the world. I seem to have been blessed with a natural optimism, and its the duty of us optimists to smile at life and encourage others to do the same. So I can’t say it was hard to let go of the identity as such, because it never had been so different from the me that wasn’t a therapist. But working as a therapist provided a specific structure to my days, and a focus for my thoughts and energy. Life beyond the role is very different. There was never a moment when I wondered: But what will I do now?…I always knew what I would do next, what part of me had been itching to do ever since I stopped devoting all my time to it, twenty years before… WRITE! Now I have a different routine to my days, and a very different focus. All those stories I became so deeply engaged in over the years… other people’s stories: so poignant, so personal… material I could never use in my fiction, and nor would I want to. There are enough stories in my own head, and I don’t need to plunder the ones told to me in confidence by other people. They remain sacrosanct. It hasn’t just been that identity as a therapist that I have relinquished over the past few years. Reaching sixty was a milestone that marked the beginning of the last phase of my life – or perhaps simply one of the last sub-phases that inevitably roll out in the final decades. It’s amazing just how much you are forced to let go of just by virtue of getting older. Things start not to work so well in the body department, and if you never used moisturisers and body butter before you probably ought to start doing so now. But actually there is an awful lot of stuff which gets jettisoned that you are much better without – like caring what other people think of you or your opinions, for example. Not that I ever cared too much about any of that. So here I am, having let go of many things I’m not even going to mention here… it’s enough that I know what they are. And here, on the other side of that process, beyond the letting go is the letting in… Over the years I have so often quoted from T.S. Eliot’s ‘Four Quartets’: “What we call the beginning is often the end. And to make an end is to make a beginning. The end is where we start from.” Perhaps all I really needed to do was to write that here.