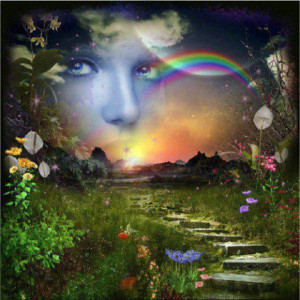 I never wanted to be famous. I’m an introvert who learned early on to habitually fake extroversion convincingly enough to fool some of the people some of the time. I sank with relief into my more natural introverted intuitive self when I embarked on my career as a therapist. It was a role that allowed me to express my authentic self and connect with clients from that place. One-on-one is a comfortable relationship for me. Triangles are also possible. I was the only child of parents who clung to one another on a life raft of unsociability, so three-way relationships, despite carrying their own perilous dynamics, are familiar territory. Although I’ve managed to hold my own in groups of anything up to ten people (and have even run therapy groups) that really is about my limit. I realise, on the far shore of my mid-life career as a therapist, that mine is a perfect psychological mind-set for a writer. I’ve always written with ‘you, the reader’ in mind – that’s you, the single you, raptly hanging on my every word, delighted with each turn of phrase, each nuance, each skilful metaphor, just as I have delighted in putting them on the page. I work my socks off for you, to keep you entertained and to do so in a lyrical style that will entrance you with language as much as I myself am entranced. I don’t imagine a roomful of you, an audience enthusiastically clapping and whistling, shouting for an encore. No, it’s just you and me, snugly curled up together wherever it is that you read me – once it would have been in a book; these days it’s more likely to be on a kindle or tablet. And the beauty of it is I’m completely invisible.

I relish invisibility. It’s something of a paradox that as an integrative psychotherapist I eschewed the blank screen persona of the traditional psychoanalytical therapist. I believe in genuine engagement requiring the therapist to be as much a part of the process as the client, not simply a witness and stubbornly speechless observer. And yet there is also no requirement to spill your own beans when listening to a client. In fact, it’s one of the cardinal rules that you don’t. It’s bad enough for most people having their own stuff out there in the room without adding yours into the equation. So in that sense the therapist remains unknown, almost but not quite anonymous. Visible but also invisible, able to hide behind the role while at the same time giving the most important part of who they are prominence – authentic self rather than crazy mixed up ego. Yes, however sorted we are, or aim to be, we therapists still have our issues, and don’t let anyone pretend to you otherwise. It’s not that we lie about it – it’s just that it isn’t relevant. Or at least, we hope it isn’t relevant, and if it looks as though it might be in danger of becoming so we take it to our supervisor or our own therapist.

But so much for the invisibility factor in therapy. Let me fast-track you now (‘you, the reader’) to my return to the magical inner world of the writer… that mysterious realm somewhere between imagination and what we might loosely term ‘reality’. As a writer, the idea for the novel either bursts or sidles its way into your consciousness and kicks aside all other considerations. The muse grabs you and shakes you into submission, so that you daily kneel at her altar, a mere acolyte to the process until the work is finally completed. It’s like being in love. You never doubt that this is the best thing you’ve ever written, or that ‘you, the reader’ are going to agree. You lose yourself in the welcoming arms of your muse for however long it takes until the madness eventually subsides. Your invisibility factor increases exponentially as your identity merges with and shifts between your characters. You forget where the edge of ‘you’ is, and come out drunken and giddy with bewilderment each time you escape temporarily from your writing bubble. Yes, it is entirely like being in love. You even go through a grieving process when it ends – as end it must. And all the way through you have lived inside the world inside your imagination without ever having to emerge fully into the cruel, cold, starkly-shadowed realm of ordinary reality.

And as you crawl your way out of your cocoon into the harsh light of day, you realise that in order to actually find ‘you, the reader’ there is yet another process to be endured – the agonising process of becoming visible. It isn’t enough these days to toss your completed manuscript into the waiting arms of the midwife agent who along with a supportive publisher will bring your book to birth. This was my own personal wake-up call. I observed how the wind had radically altered course in the years since I was last published, and made the brave decision to embrace change and leap into the unknown via kindle self-publishing on Amazon. That was challenging, but also interesting. It’s good to have a project. But the next stage was unexpectedly problematic. It required me to take my ego down from the shelf and dust it off – even polish it up a little bit. I had been through ‘somebody training’ in my youth and had since found a happier me through ‘nobody training’ during my years of practicing therapy and mindfulness, and now I needed to become a ‘somebody’ again. A person with a face, and a ‘voice’ – a person who proclaims themselves as the author behind their books, strutting their stuff on facebook and twitter, and here in my blog (although of course it’s still just me and ‘you the reader’ really.)

It feels like an awesome responsibility. Now that I have a product to sell (that’s the way I have been told to look at it now) I need to learn how to market it. But it seems that in the years since I was last writing books the product has become very much the author. The cult of personality has gathered momentum and in the self-publishing world I am but a miniscule drop in a vast ocean of voices and faces that in my nightmares seem like a sea of baby birds screaming to be fed. Am I one of them? Surely not? That doesn’t sit well with me at all. And here’s the conundrum: I want my books to be read, which means I have to be visible. ‘Becoming visible’ is the advertising strategy that is pushed by everyone involved with internet marketing. But I resist. I am not that person. I want ‘you the reader’ to find me and feel richer for the experience, but I’m reluctant to shout in your face and demand that you buy my books. On the other hand, if I lurk coyly in the shadows hoping to be found, I’ll be a long time waiting. It’s still work in progress finding out how to be visible to ‘you, the public’ in a way that employs no bullshit, whilst remaining securely invisible, like a ghost flitting between the pages of my books. Will I get there? It remains to be seen.

This, by the way, was absolutely not the blog I intended to write. I’ll have to return to other issues related to invisibility another time. That wretched muse – see what I mean? She made me write it. It’s all her fault.

6 thoughts on “The conundrum of invisibility”