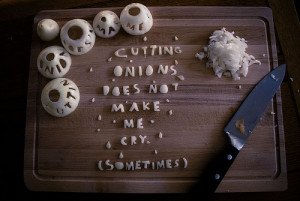 Years ago, when my children were small, I used to enjoy cooking for them. Tales are now told of the unremitting packed lunch treats of homemade flapjack that would be surreptitiously exchanged at break-time for KitKats and crisps. Innocently unaware of this quietly rebellious subterfuge, I continued to provide a daily smorgasbord of healthy snacks, and not entirely because of the maternal instinct to nurture. I just loved cooking. Cooking and writing were my two favourite ways of spending a day. My house was dusty, but I hardly noticed that, poring over recipes in my tiny kitchen, creating delicious cakes that always rose and painstakingly concocted curries, lasagnes and pies. I loved the way the house smelled when things were cooking. I would then set the oven timer and retreat to my dusky pink writing lair – a friend recently reminded me that I used to call it my writing womb – and sink with deep satisfaction into whatever my latest writing project happened to be. One of my daughter’s memories of that time is of playing at the end of the garden and looking up to see me sitting at my desk in front of the window, typing away, quite oblivious of her waving at me. One of my son’s is of hearing the sound of the typewriter – a constant reassuring backdrop indicating that I was there, while also not there, engrossed in the alternative world I was creating on the page. It’s all so long ago now… the days of typewriters and their far from golden childhood.

When my children grew older and we came to live in Oxford I lost much of the incentive to cook. They were off doing their own thing a lot of the time and I was busy remaking my life. Cooking became much more of a simple necessity rather than a creative pastime. For a while I did have the occasional lunch or dinner party, where the wine and conversation flowed with copious extravagance, but then life got much busier and I didn’t have time for all the preparation and the aftermath. It became easier to eat out and be spared the wreckage of the clearing up next day. Washing up while beleaguered by a hangover is at best a surreal experience, and at worst a severely depressing one. Like the days of my roseate writing womb, this period in my life is also a long time ago now. It was before I trained to be a psychotherapist and became a rather serious person. Just kidding. I don’t think I ever could be entirely that.

Time went by, as by now you’ve probably gathered. Much water passed under the bridge – an appropriate metaphor for a life lived in such close proximity to the River Isis that flows so dark and deep beneath Oxford’s Magdalen Bridge. But this isn’t intended to be a memoir so I won’t go into details. Instead I’ll return to the subject of cooking – my theme for today. When my joy in cooking resurrected in more recent years it came as something of a surprise to me. It started in a sneaky way, with a return to baking cakes. Once again, the house filled with the variously comforting odours of allspice, orange zest, lemons and ginger – and then eventually I rediscovered the art of making perfect chocolate brownies. In fact, it’s amazing how many variations on a theme there are when it comes to cakes involving chocolate. Well, anything involving chocolate, really. But again, I digress… I actually wanted to write about soup.

One of the many things I learned during those formative years between the glory days of my hungover post-party renovations and now was the practice of mindfulness meditation. It came inevitably with the territory of psychotherapy. It began with sitting meditation, and then walking meditation (which had me collapsed in fits of giggles the first few times I attempted it, until I stopped thinking of the Ministry of Funny Walks and got the point.) And then, after a while of it, I realised that everything can be a meditation. Standing at a bus stop, eating an apple, drinking a cup of tea, filing your nails, washing up, cleaning the kitchen floor (when you share a house with a cat there’s an awful lot of that.) In fact, more or less everything you do can be done mindfully: paying attention to your breathing and to each small step of the process, being utterly present to the moment as it passes effortlessly into the next. But there are two such mindful meditations that for me are the happiest – one is gardening, and the other is making soup.

I realised the first time it happened what an incredible blessing it was, this simple and yet somehow profoundly miraculous process of culinary creation. It begins with choosing the vegetables (ideally organic ones, at best from your own garden, but otherwise from the market.) The colours have to be right, to complement one another as they sit on your kitchen counter waiting for the knife. Don’t vegetables have the most amazing colours? I love the way the butternut squash and sweet potato glide softly through the orange spectrum to meet their match with the carrots. And the pale buttermilk cream of the parsnips offset by the cooler white and green of the leeks. And there, snugly nestling between them are the purple skinned red onions, glossy and bright, with sweet fire in their belly. No soup would be complete without them.

As I peel and chop the vegetables, I enjoy the gentle rhythm of the knife against the board, observing the steady transformation from one state of vegetable being to another… the unclothed, diced vegetable has a quite different character from the jaunty one wearing its protective skin. My thoughts are all focused on this one operation, my breathing steady, my mind quiet. I and the vegetables are as one, although I am not the leeks and onions gently melting in the virgin olive oil, nor the colourful cascade of other vegetables that follow. Nevertheless we are engaged together in this business of making soup. As the heat rises through the stock and bubbles away, humming to itself a song that promises future nourishment, the wonderful smell of all these elements mingled together is like a heavenly choir of aroma. Or am I being fanciful? By now hunger is leaking round the edges of my mindfulness, but I can be mindfully hungry. Even that can be a meditation.

Eventually, the concoction has simmered long enough to be ready for the next part. This requires a potato masher and a strong arm. No, I don’t use a blender – or a food processor. They would ruin the whole thing. This is an organic process, from start to finish. Me and the vegetables and my nascent appetite. We don’t want anything mechanical getting in the way of that. Finally, we are ready. The soup is done. I transfer just enough of it to my favourite bowl, the one just right for eating soup. I spread a slice of Irish soda bread with butter. I sit with my spoon ready, anticipating the first mouthful, marvelling as I always do that this is what food is all about – the wonder of turning simple ingredients into something that fills the belly with gratitude and love.

So this is my soup meditation. Life is beautiful and all is well.