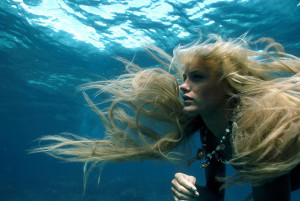 Are you perhaps wondering just what a blog tour is? So was I, until Lisa Devaney approached me and asked if I’d participate. I’m tempted to describe it as the blog equivalent of a chain letter, but since I have a never-with-a-barge-pole policy with them, I prefer to think of it as a game of tag, or even better, an author’s relay race – the idea being that you take the baton when it’s passed to you, run with it, then pass it on to other authors. So, to begin with, I extend my hand in gratitude to Lisa Devaney for holding the baton out to me.

Lisa has told me a little about herself, describing how she wrote and illustrated her own comic books as a child, created cartoon-inspired websites in the 90s, and took to the stage in New York City to perform in SLAM-poetry style. Even when spinning publicity campaigns for business clients, Lisa has always been enthralled by storytelling and the mediums that can be used to tell her stories. Her imagination finally led her to writing and self-publishing books, and her debut novel ‘In Ark: A Promise of Survival’ is earning 5* ratings and reviews. I’ll be reviewing it myself in due course. You can follow #InArk on Twitter, Instagram and Facebook and read more about Lisa and her novel at her website http://www.lisadevaney.com 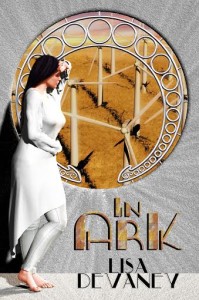 The idea of this blog tour is to introduce one of our own invented characters, and tell you more about them. With several novels and three short story collections to choose from, I had a queue of them clamouring for my attention, as soon as I began to muse upon which of them I’d pick. I had them draw lots in the end (some just point blank refused to sink that low) and the one who emerged as the winner is Fynn, the narrator of my novel ‘The Drowned Phoenician Sailor’ – typical of her, I might say, to somehow push herself to the front of the queue like that. Of all my characters she certainly is the one with the gift of the gab. She even insisted on writing the novel with her own distinctive voice, rather than let me tell the story.

So now, to comply with the blog tour rules, here are the questions and answers:

What is the name of your character? Are they a fictional or historic person?

Fynn is my character’s name – or is it Kaya? This is a ‘soul name’ bestowed on her in childhood by her ageing hippie mother, Phoebe. Fynn is sceptical and pragmatic, disdaining all things fanciful, but uses the alternative identity of ‘Kaya’ to infiltrate her therapist’s funeral, and the name sticks. She’s a fictional character – she’d probably even say that of herself. One of the things she is well aware of is how much we invent and reinvent ourselves throughout our life – and you might consider, therefore, that there is significance in the fact that it’s in using her ‘soul name’ that she discovers more of who she really is throughout the course of the novel.

When and where is the story set?

The story takes place in the here and now, although if I wanted to be fanciful and clever I’d remind you that the words now and here together make the word nowhere. I just love how words play with our mind (or is it the other way round?) The narrative also takes a bit of a detour into Fynn’s past, much as we all do when we reflect on our life right now and wonder how it was that we got to be exactly here. Our history is only as significant as what we learn from it, and we learn a great deal about Fynn from delving into hers – both childhood and more recent history. The novel is mostly set in Oxford, where she lives, and Cornwall, where her delightful mother, Phoebe, lives, and where she meets the mysterious Jack – another major player in the novel. He looked suitably enigmatic and just smiled when I asked if he wanted to take centre stage for this question and answer session. He knew I knew it was the last thing he’d want.

What should we know about her?

Fynn is strongly independent and a bit of a loner, although if you want to understand more of what she doesn’t reveal – often even to herself – pay particular attention to her relationship with her nefarious cat, Morpheus, which exposes an insecurity and vulnerability she wouldn’t want to own. At the start of the novel you’ll soon discover that she has been in therapy for two years – a last resort after twenty-five years of being haunted by her sister, Abby. She doesn’t believe in ghosts, which is a bit of setback for someone who manages within a few chapters to have two of them dogging her every move. She hasn’t been too successful in relationships, and she certainly isn’t looking for one now. But sometimes relationships – and fate – come looking for you.

What is the main conflict? What messes up her life

Fynn wants to know if her ghosts are real, or whether she is crazy. She is still grieving for her sister – but which of them truly is it who can’t let go? And it’s not just the loss of her sister Abby that haunts her, but everything that went before, and quite a lot since. Her therapist, Paul, had begun to guide her towards the heart of the matter, but then he went and died suddenly and created even more of a mess in her psyche. And what terrible timing – just when she needs him to help her sort out that mess more than ever. Her mother, with a long history of gullibility when it comes to lame dogs and lost souls, seems to have been entirely taken in by Jack, the oddball drifter she met on the beach in Cornwall. He is fast infiltrating himself into Phoebe’s life, and Fynn is suspicious of his motives and protective of her mother. And why is she so strangely drawn to Jack when she doesn’t even like him?

What is the personal goal of the character?

That’s an easy one for me to answer, although I don’t think Fynn herself would be able to articulate it – not at the start of the novel anyway. She sees herself as a free spirit who doesn’t want to be tied down – even though she’s beginning to realise she uncharacteristically tied herself down two years before by adopting a cat and embarking on therapy. What she longs for, couched in denial within her unconscious, is freedom from the pain of grief, and everything that lies behind it: guilt and regret, frozen in time. Isn’t something like that what we all long to be free from? We carry the grief for our own unlived life every day, whether or not we know it. We want to be loved for who we are, and to stand fearlessly in our truth, rather than hide behind an identity that doesn’t honestly reflect who we are. This is very much the underlying theme in the novel, and you will discover in reading it whether this is resolved for Fynn in the end.

What is the title of this novel, and can we read more about it?

‘The Drowned Phoenician Sailor’ is the title – it’s been published on kindle since January 2014. You can read more about it and what led to me writing it on my blog….. and on my website…. and on Goodreads …and of course on Amazon…. where you can also ‘look inside’ and decide whether Fynn’s voice and story is one that speaks to you. All those 5* reviews can’t be wrong! 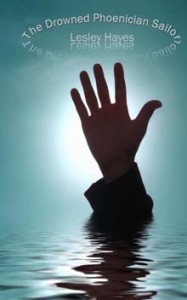 Today I am nominating two talented authors whose work has excited, fascinated and delighted me in very different ways – they will in turn carry the baton forward and tell you more about their main characters:

Brett lives with his angelic wife, 2 sons and 2 dogs in the Northwestern suburbs of Sydney. After 20 odd years of sailing the high seas of the corporate world plus another 5 running his own business Brett finally made his decision. That thing, the voice, you know, the one that’s been whispering in his ear ever since he was a teenager. Follow your passion the nagging voice kept saying until eventually in late 2013 he listened. Brett’s reunion with his lifelong passion has been an elated one that has spawned his first novel in the making. Entitled ‘The Stars of the Soul’ it is a provoking Science Fiction/Fantasy adventure spanning 1400 years of man’s eternal search for his soul. For sneak peeks and to discover more of Brett’s writing you can visit his blog: Brett’s Future http://www.BrettsFuture.com

Once upon a time Robin was born in Bootle, Liverpool. He wanted to follow in the footsteps of J.R.R. Tolkien and C.S. Lewis but instead was plunged into the maelstrom of inner city education. Even so, he found time to write children’s stories, published by Penguin in the 1970s. He returned to his northern roots after 14 years of headship in Hackney and in 1993 met his wonderful wife Amy. In 2008 they left for a life by the western shores of the Caribbean. Surviving a murder attempt by local thugs in November 2010, Robin realised he could have died without accomplishing a cherished ambition. They returned to the UK and he began work on ‘Myrddin’s Heir’: the epic story that will be his legacy. It took three years to write the first four books and Book 5 was published in April 2014. They are all on kindle at Amazon for just 99p. This magical story is ideal for bright children from 10–110 years of age – longer than ‘The Lord of the Rings’, longer even than the entire ‘Harry Potter’. To complete it Robin reckons he needs to live another 15 years. He has to finish it, because only he knows how it ends… You can find his website at http://www.myrddinsheir.com 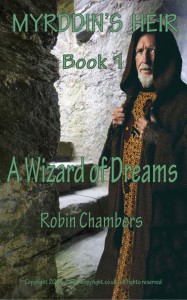