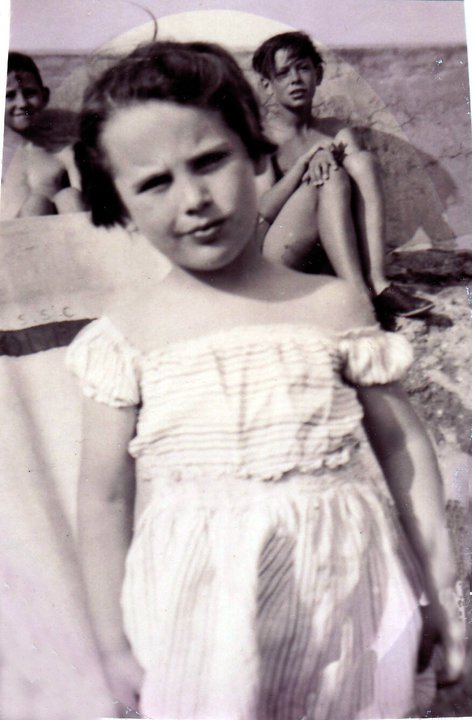 “I don’t know why I’m telling you all this,” the woman at the bus stop said. “But you have a kind face.” I wasn’t sure quite how to respond. Was I feeling kind? I had smiled in commiseration as we both stood in the rain waiting for the fleet of buses that would inevitably all turn up at the same moment, despite what the timetables promised. One smile had led to another, and before I knew it she was telling me all about herself and how difficult her life was, especially today.

I sympathised. How could I not have done? It’s a hard job sometimes, being a human. We parted with a little wave as I got on my bus and she got on one of the three that had arrived behind it. I was heading for the station. I felt cheered by our conversation and was slightly lost in my thoughts about it when I noticed that the young woman sitting next to me was sniffing. As I turned towards her I could see it was more than that. She was actually crying, and being brave about it. She looked as though she could do with a tissue, so I took one out of the packet I always keep in my coat and handed it to her.

“Oh, you are nice,” she snuffled, as she blew courageously into the tissue. I handed her another so she could wipe her face. There was a bit of a disaster area under her eyes where the mascara had run, but I thought it best not to point that out just now. She sighed and said: “The thing is, my life is in bits. My boyfriend left me, I just lost my job, and I’ve fallen out with my best friend.” A tragic scenario obviously, against which the problem with the smeared eye makeup across her cheeks paled to insignificance – well, almost paled. Relatively paled.

It was about twenty minutes before we got to the station, what with the pit stop at the bus depot in the high street, where the drivers changed shifts and chatted aimlessly for a while, heedless of the busload of passengers, and then the long hold up at the temporary traffic lights where the road works were. By the time we got there the young woman was looking much brighter (apart from the mascara debacle) and managed a faltering smile. “I don’t know why I’ve told you all that,” she said. “But it’s really helped. You have such a kind face.”

We parted at the end of the queue for tickets. She already had hers. She was off to visit her parents for the weekend, where I hoped she’d get some more of the support she evidently needed. As I waited to get to the head of the queue, I reflected on my conversation with her. Well, I say conversation, but really it was more a case of listening attentively while she talked. Eventually I got my ticket and stood on the platform. I could see her on the other side, waiting for the train that would take her to Birmingham. She waved. Quite a cheery wave, considering.

Once on the train I got out my book and started to read, but it was hard to concentrate with the three people nearest to me all talking, laughing and generally being incredibly sociable with whoever it was on the other end of their mobile phones. I started thinking about the way we communicate now – what a strange paradox it is that so many of us are constantly updating one another with what’s on our mind right now while at the same time oblivious to the person sitting right in front of us.

I would have quite liked to share this thought with the man shouting into his phone inches away from my ear, but was aware that he wouldn’t hear me, never mind take any notice of my opinion. I caught the eye of the elderly lady sitting across from me, and she leaned forward and said: “Terrible, isn’t it, the way they carry on?” I shrugged. If there’s one thing worse than listening to someone else’s boring conversation on a mobile phone it’s listening to someone banging on about it.

I smiled – that damned commiserative smile again – and opened my book, hoping to pick up where I’d left off, or at least give the illusion of doing so. But that smile was my undoing. By the time we’d reached our destination – a rather tedious fifty minutes later – I knew everything there was to know about what this surprisingly feisty eighty-year-old thought was wrong with the world today. It had no redeeming features for her it seemed.

We were just on the verge of exploring an early, happier time in her life, when we arrived at Paddington. People all around us stampeded like escaping prisoners towards the train doors. I stood up, ready to join in the slipstream and allow it to carry me to the ticket barrier. “I’ll sit here and wait till the rush dies down,” she confided. “This train isn’t going anywhere any time soon. I don’t know where they all think they’re heading for. Like lemmings, over the cliff edge. We all die in the end.” Now there was an optimistic thought to carry away with me.

“It was good to talk with you,” she said. “People don’t have the time any more. But you have a kind face.” As I made my way out of the station I looked around me. She had a point. I started to think about myself as just another lemming, and it wasn’t at all a happy concept. I considered my kind face, and wondered at what point in my life it had become such an intrinsic part of me. For some reason the photograph of myself as an anxious four year old jumped into my mind. Was this the true face of what lurked beneath? Were we all really covering up that childhood bewilderment and anxiety with all the frenetic quasi communication and activity?

I decided to stop by a newsagents and pick up a paper on my way to the meeting that was the purpose of my journey. As I took it across to the counter I was still mulling over what the elderly woman had said. The young man behind the till took my money and grinned at me. “Cheer up, love,” he said. “It may never happen.” I looked at him, wondering where my  kind face had vanished to, trying to muster a returning smile but miserably failing.