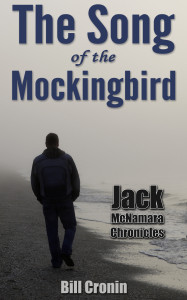 Books are like people, in my experience, in that either there is an immediate rapport that can lead to falling in love by chapter 2 and an affair of the heart you never want to end, or a slow burn affection that grows steadily throughout its pages. Sometimes, if you’re lucky, it can be a combination of both. Those are the books you best remember, even many years after having read them. I so wanted Bill Cronin’s book to be one with which I fell in love. The promising subject matter was all there, guaranteed to entice me: the blocked writer with a troubled present and a dark past, scarred with secrets to be uncovered in order to release him from his spell of depression. But it didn’t quite happen for me. About three-quarters of the way through the book there was a moment when I thought it would, when the narrator, Jack McNamara, spoke of the “one true sentence” that he strived for, just as Hemingway had. I believed then that the one true sentence would emerge, either in the dialogue or the interaction between the characters, or in my relationship as a reader with the main protagonist – but although it came close, it somehow missed the mark.

This is my subjective take on it, however, and I am not declaring the book less because of it. I have given it 4 stars, which I think it merits. It would have earned 5* for me if there had been a greater depth of characterisation, and that alchemical magic that occurs between novel and reader that brings about emotional involvement. There were opportunities to expand on the relationship between Jack and his mother, for instance, and although the book was psychologically well observed I never quite connected enough with the central character. The slow burn effect was there, and I warmed to him, and to his half sister, as more of each of them and their history was revealed, but ultimately I remained unconvinced by the emotional veracity of their relationship. I wanted to know more, and to really feel along with Jack as the trickiest aspects of the truth were uncovered. To elicit genuine emotions in the reader is a skill, and I would like to read more of Bill Cronin’s books, as I believe he can do it. As it is, this undoubtedly literary novel is well crafted, well written, and tackles without flinching difficult subjects and those sticky, inexplicable dynamics that fester on in families throughout generations.

The story begins by describing Jack’s dilemma – as a successful well-established author who has been paid a large advance for his next novel, he finds himself unable to write. Whether this creative hiatus has been caused by his slippage into depression, or the other way round, it has become an inescapable cycle of despair. His marriage has been badly scuppered by the lack of attention he has felt able to pay it and as a result has now floundered on the rocks. His wife Emily leaving him is the catalyst for Jack to begin a serious interrogation within himself as to the reasons for his angst, the roots of which seem to be firmly anchored in the various traumatic events that took place during the summer when he was an impressionable boy of 14. This was the time of the inauguration of his career as a writer, when his first short story was published. By then Jack’s mother’s long-time obsession with the work of Ernest Hemingway had transferred itself to him, and with his mother’s encouragement he had continued to identify with Hemingway in the years since. Jack’s journey of self-contemplation in present time continues both inwardly and outwardly as he sets out to track down his long lost half sister, Billie, hoping she will provide the answers to past secrets which have remained locked away since his mother’s death. As we journey with him, we learn much about Jack’s relationship with his judgmental, disparaging, emotionally closed off father, with whom Jack aches to connect. Is Jack’s current inability to write something to do with the fact that his father has never valued writing as a career, and thereby by extension Jack himself? The long undeclared tension between them reaches a climax towards the end of the book. Piece by piece we build up the picture of Jack’s blocked emotions, and by then we have come to hope for some kind of catharsis to release him, not knowing to the very last whether this will bring his wife back or free him into a future in which his anger and confusion about the past have been resolved. You will have to read the book yourself to find the answer – a reading experience you will not regret.

I felt throughout that Bill Cronin dealt with this potentially hazardous psychological material well, and he certainly knows how to tell a tale. His descriptions of the city and country landscapes were superb. So why not give the novel 5*? I suppose I was left wishing this had been a longer, richer and more emotionally and psychologically satisfying novel. I think he has such a book in him, and I’m looking forward to reading his next book, which I understand is already work in progress. 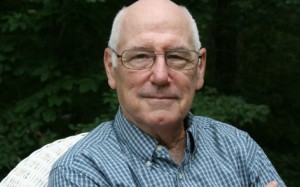 You can find more about Bill Cronin at his website: http://www.billcroninwrite.com