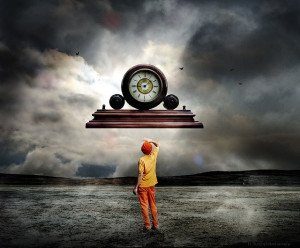 One of the books that affected me deeply many years ago was ‘A year to live’. In it Stephen Levine poses the question: “If you only had a year to live, what would you do differently?” On his deathbed, Socrates said that dying was the highest form of wisdom, and Levine decided to experiment with living for a year in that state of immediacy, consciously living each day as if it were his last, to see how it changed his perspective. The book is about what he learned from that, and from his interviews with the terminally ill. It might sound like a sombre read, but for me it was powerfully affecting, inspiring, and heartening, and I’ve shared the ideas in it with many people.

That question has never gone away for me in the twenty years since then. A couple of times I’ve been ill enough for it to feel much more compelling, although evidently I’ve survived to tell the tale. We live in a society that is largely in denial of death, as if it’s a battle with the grim reaper that must be won at all costs. Of course, the death of a child or anyone in the early part of their life with so much potential still to be fulfilled, feels all wrong. But for the most part we expect to stride agilely towards an old age, the boundaries of which are ever expanding. Scientists tell us that our grandchildren are likely to live healthily well into their hundreds. Medical advances are conquering many of the diseases that were once inevitably a death sentence, and making great improvements in drug and gene therapies, to alleviate the suffering associated with progressive, terminal illnesses. All of this is a good thing, I agree, but it now seems an affront when we hear of someone’s death, whatever age they are. How could this have happened, we ask? They were full of life last time I saw them, they had everything to live for, it was so totally unexpected…

It always is unexpected. It’s the paradox with which we sit uneasily throughout our lifetime. We know death happens – but it isn’t quite real. We fictionalise it, we dramatise it, we sensationalise it, we scare ourselves and each other with stories about it, we even joke about it – secure in the knowledge that it doesn’t apply to us, or anyone we love or know… not yet. Until one day it does. None of us is going to get out of this alive. Am I a little bit crazy to find that a comforting thought? When I was a child I became terrified at the notion of non-being, round about the age my ego starting noticing that I was separate in my beingness. Now, so many years later, I have exchanged that concept of a cold, empty, vast eternity of loneliness which haunted me at the age of 4 for one of ultimate connectedness. As I said, none of us is going to get out of this alive, and we are all in this together. If so many people that dropped out of this level of consciousness before me managed to do it, then it must be as relatively simple as the transition from womb to birth.

I have never been able to achieve the high degree of focused awareness that Stephen Levine describes in his book. I am restless when it comes to sitting meditation – which is why I advocate mindfulness in daily life: in speech, thought, actions and interactions. I don’t always remember that today may be the last day of my life, as well as the beginning of the rest of my life. Sometimes I get caught up in the detail and forget to pay attention to the bigger picture. Sometimes I am so busy thinking about me that I forget to feel how connected I am to everything that is not me. Sometimes pain, or fear, or any of the old familiar ego states, shrinks the universe into this miniscule world within the world that is me. I am always happiest when I do remember, when I let go of me and find everything beyond that in all its immense beauty.

I remembered Stephen Levine’s book when I was having tea the other day with an old friend, an artist with a shining soul and a sharp insightful mind. Our conversations have always soared headily when we talk about psychology, metaphysics and different levels of reality. He was describing his ongoing worsening anxiety. He’s been depressed and anxious for most of the 30 years I’ve known him, which fills me with such deep compassion. I love him like a brother, and if I could lift the burden from him I would. We were discussing getting older, and all the challenges that brings – no longer having the confident belief that comes so naturally in youth that ailments are transient rather than likely to be incremental. For the person already proficient in anxiety the later years are a minefield of easily triggered concerns about health and survival that can verge on the obsessive. There’s so much that’s bound to go wrong with the body. We’re genetically coded to disintegrate. Like an old car that has managed numerous times to just about pass its MOT we are now at the age where the mechanic looks us over and shakes his head ruefully.

I’ve never minded about getting older. Perhaps it will suddenly hit me at some point, but since I only feel about 35 in my head (an optimum age in my opinion) and rarely look in the mirror, I can dwell safely in the knowledge that I’m only as old as I feel. This works just fine, except on those days when my body feels a lot older and complains about its various malfunctions. Sometimes this is a state to be pushed through, and sometimes there’s a case for just listening to the inner moaning and love bombing it with gentleness and compassion. There are times we need just to stay where we are and get to know and understand and accept the place. The one sure thing is that everything changes, and nothing lasts. Listening to my friend, I remembered all those times I’d needed to listen to myself and just be kind about my own suffering. But I also wanted to offer him some simple recipe that might enable him to move beyond his endemic death anxiety. So I started telling him about Stephen Levine’s book, and what I’d learned from it.

He was very receptive to the concepts of mindfulness I described, although he pointed out that since his every moment was filled with anxiety, this was probably not going to work for him. Doggedly, I persisted, hoping he might have one of those magical experiences where our perspective shifts from foreground to background, like those weird optical illusions that you don’t get until suddenly you do.

“If you knew for sure that no amount of bargaining or avoidance would influence the outcome, wouldn’t that change how you felt about things?” I said. “If you could see there was an end point, and all the worrying in the world wasn’t going to delay it or make it go away?”

“That’s like living on death row,” he said, gloomily. “No change there.”

“But wouldn’t every minute you had left be really precious, and not worth wasting on anything except being here?” I could feel my eyes glowing the way they tend to do when I get all passionate and excited about something. Having had times when I’ve been where he was that day, I was also aware that a person with glowing eyes speaking fervently about being positive when you feel down can be a real pain.

“Maybe,” he said. “But you know, a year is a long time to have a death sentence hanging over you. Even though there are days when I’m not sure I’ll last that long anyway.”

“So maybe it would work if you reduced it to six months?” I said. “We’re talking about an experiment, after all – living ‘as if’.” Although what was I thinking, really? Who was I so confidently to advocate feeling the fear and facing it anyway? It wasn’t my fear, but my friend’s. Stephen Levine might have managed to sustain a year’s worth of daily minute-by-minute practice, but however much I agreed with his ideas, I struggled to be that present to life all the time.

“But I may only have three months,” said my friend. “For all you know or I know, I could be dead by then anyway. I don’t have time to do all that living in the moment stuff.”

My urge towards evangelism suddenly skittered to a halt. It was my perspective that changed, not his. Here we were, in our blessed bubble of deep affection, knowing one another so tenderly in our hearts, rapt in each other’s presence – he in his part of the dance, me in mine. Did we really need to be any more in the moment than this?

One thought on “Living in the moment”