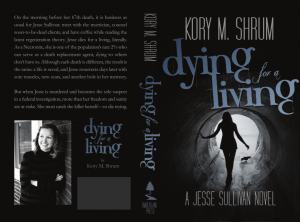 By the time I’d reached half way through ‘Dying for a Living’ I was already quite in love with Jesse Sullivan. She is my kind of heroine: feisty, headstrong, and entirely her own person: a loner with a dark, enigmatic past and an ambiguous sexual orientation. She also doesn’t suffer fools, and has an impatient disregard for rules.

She has good reason to be cautious. In an unlikely yet utterly believable alternative universe she is one of the limited but increasing numbers of Necronites, born with a genetic condition that means they cannot die – unless their brain is completely separated from their body. By a fluke, it has been discovered that they can take on the death of another person and subsequently be revived, over and again, apparently never ageing.

This ability was initially exploited by the military, and then utilised by an organisation that supposedly safeguards their interests – as long as they continue working as death replacement agents when each new assignment is given to them. The United Church (an amalgamation of all religions) is orchestrating a fierce campaign against Necronites – ostensibly because they are an abomination against the natural order of things. But who is responsible for the sudden spate of Necronite murders? There are ways to destroy them, and someone has made it their mission to hunt them down and kill them all. This is the basic premise on which the book rests. What follows is breathtakingly absorbing.

Kory M. Shrum’s skill as a writer is such that I entered this fabricated paranormal reality without a qualm or a backward glance. Her attention to dialogue and characterisation is masterful. The people in the book are immediately real people with strong identities, interacting with one another in sometimes unpredictable ways – just as real people so often do. As a result the storyline kept me on my mental toes throughout the admittedly sometimes confusing convolutions of the unfolding conspiracy drama.

Once I was thoroughly hooked on Jesse and ready to understand her more deeply, the complicated back story began to emerge, opening up more questions as fast as it answered them. As I began to approach the final denouement I was preparing myself to be disappointed at leaving Jesse’s world, with still so many threads left hanging – but by a happy coincidence on the very day I reached the end of final chapter the second book in the series, ‘Dying by the hour’, was launched. I went straight to Amazon and bought it.

You can find more about Kory M. Shrum and all her books at http://www.amazon.com/Kory-M.-Shrum/e/B00IQWJLLI 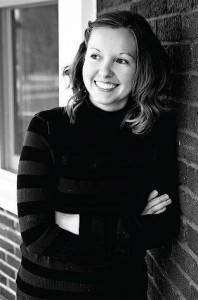